Builders, affordable housing advocates clash over bills that could increase fees for developers 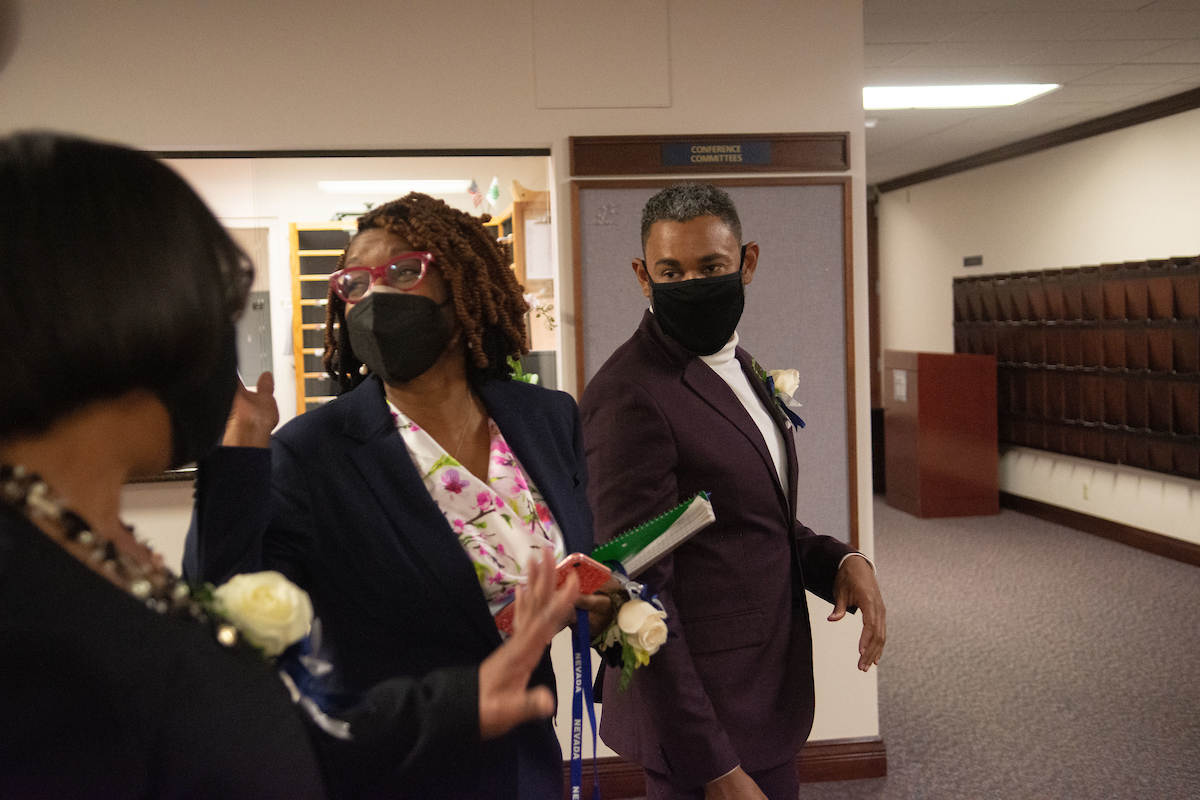 Proponents of the bills said the proposed legislation would give local governments the ability to raise money to support affordable housing projects. Opponents held that it would increase fees for developers and further negatively affect the market.

One option would allow local governments to require developers to follow inclusionary zoning policies, which would stipulate that a certain percentage of new construction has to be affordable for lower-income households — or pay a fee to avoid those requirements. The other would allow jurisdictions to adopt fees, known as linkage fees, ranging from $0.75 to $10 for each square foot of commercial or residential development.

"[Affordable housing] is a critical issue within our state right now, and it cannot wait for more working groups," Summers-Armstrong said.

An amendment to the bill would reduce the maximum linkage fee that a local government could adopt on industrial development from $5 to $3, and exempt homes under 1,500 square feet, starter homes and small businesses.

The amendment would also target 80 percent of revenue from linkage fees for affordable housing for people earning 60 percent of area median income (for a family of four that is about $47,200 in Clark County and roughly $50,100 in Washoe County) and prioritize at least 30 percent of the funds for revitalization efforts taking place at a neighborhood-level in lower-income census tracts. The allocations would not be mutually exclusive.

Summers-Armstrong said lack of investment and urban blight has led to abandoned homes in her district and other areas with large minority populations, such as Las Vegas' Historic Westside. The funding for revitalization efforts would allow community organizations to help move forward with preserving existing affordable housing and creating new affordable housing.

"We want affordable new housing, but not at the expense of decimating communities that are in existence," Summers-Armstrong said. "The preservation of a community is key to all of this because we want our children to live in our communities. I have sons, I want them to be nearby."

The other bill heard Tuesday, AB331, is sponsored by Assemblywoman Elaine Marzola (D-Henderson) and would allow local governments to incorporate the two options from AB334 (linkage fees or inclusionary zoning) into their affordable housing plans, while also asking counties and incorporated cities with populations greater than 100,000  (Washoe County, Clark County, Reno, Sparks, Mesquite and Boulder City) to establish five-year goals for preserving and producing affordable housing. The goals would be a non-punitive target for affordable housing units to be built or maintained during the five-year time frame.

AB331 would also direct the Nevada Housing Division to consider the progress and tangible commitments to their housing goals made by those local governments when allocating funds from the division's Account for Affordable Housing and other sources of funding such as grants or the federal government. The affordable housing account is funded through a real estate transfer tax that generates anywhere from $8 to $10 million a year — but advocates say that amount barely makes a dent in the affordable housing market.

"Despite recent efforts of federal, state and local governments to address the issue, the problem has not improved. If anything, it has gotten worse," Marzola said during the hearing. "This bill provides clarity that local governments have the tools they need to advance affordable housing strategies that work for their community."

Christine Hess, the executive director of the Nevada Housing Coalition, said the five-year time span is designed to account for the time it takes to properly plan for and develop affordable housing that meets community needs. She added that fees need to be allowed to aggregate for three to five years to enable productive investments.

If passed, the two options in SB324 would join a dozen or so policies that local municipalities can already implement, and SB331 would require counties with populations greater than 100,000 to report on uses of inclusionary zoning and the fees. Current policies that local governments can adopt include subsidizing impact fees, selling land at 10 percent of the appraised value, donating land to a nonprofit, providing density bonuses or offering rental assistance.

"These two [additional] tools balance out that toolbox by allowing local governments if they choose to, to enact additional fees to help put some more money in that pot to fill the gaps," said Nevada Housing Coalition lobbyist and one of the bill presenters, Sarah Adler.

Warren Hardy, a representative for the Urban Consortium (consisting of the cities of Las Vegas, Henderson, Reno and Sparks), testified in support of the two bills. As a general rule, he said, the consortium supports any legislation that gives local governments more options to address the need for affordable housing.

"This legislation will give us the tools to reach out to the community, to reach out to the stakeholders, and to craft, at the local level, a solution to this problem," Hardy said. "We appreciate the sponsors for bringing this forward and particularly in a way that enables local governments to have a say and to make a decision about adopting these measures."

But the bills have attracted organized opposition from outside groups. Within the last week, Nevada Housing Now, a self-described "grassroots arm of the Nevada Home Builders Association," released two advertisements on YouTube against the bills, telling lawmakers, "Don't make housing even more expensive in Nevada'' and "oppose AB331 + AB334."

"New home construction injects nearly $10.1 billion into the state's economy and accounts for $4.7 billion a year in total wages and salaries," text in one of the videos said. "Linkage Fees and Inclusionary Zoning act like a tax on housing."

Developers emphasized that the fee proposals would increase housing costs for buyers. The Legislature should consider bills that expand low-income housing tax credits and grants for rental assistance, not ones that burden developers, said David Goldwater, a lobbyist for the Nevada Home Builders Association.

"Linkage fees only add to the cost of housing," Goldwater said during the hearing. "Without control over how the money is spent, history suggests fewer affordable units built and more working families priced out of the market."

In response to the opposition, Adler said that inclusionary zoning has been authorized in Nevada statute since 1999, and the policies local governments would be required to write would stipulate how money is spent. None of the funds generated through the legislation would go toward a city’s general fund, she said.

"I totally respect the pickle that [developers] are in. They are already paying a variety of kinds of permit fees, licensing fees, impact fees, because that's how we pay for our community development is through growth," Adler said.

Summers-Armstrong countered that Nevada offers so many benefits to businesses that AB334 will not halt development or growth. She added that the bill would help create affordable housing for people working for companies such as Amazon or Walmart that do not pay wages high enough for employees to afford housing.

"This is not going to make our environment so hostile that businesses will not want to come here," Summers-Armstrong said. "We still have a burgeoning economy ... but I think that Nevada also has to recognize that she has citizens that need help, that these jobs have a consequence."

Cities such as Chicago, Boston and Washington, D.C. have enacted similar legislation to AB331 and AB334, Summers-Armstrong added. Developers would not stop building with the addition of these fees, she said.

The proposed fees are based on rigorous economic analysis, not every industry is subject to them and local governments must work with all stakeholders, Hess said.

"I'm a former economic developer, I love new business, I love new development, it's exciting when new projects come to town, but there is an impact," Hess said. "We can't just talk about affordable housing anymore. And as even our opposition has noted, there's not one tool, and in fact, we would consider these two tools pretty small pieces of our ultimate success strategy to tackling affordable housing."