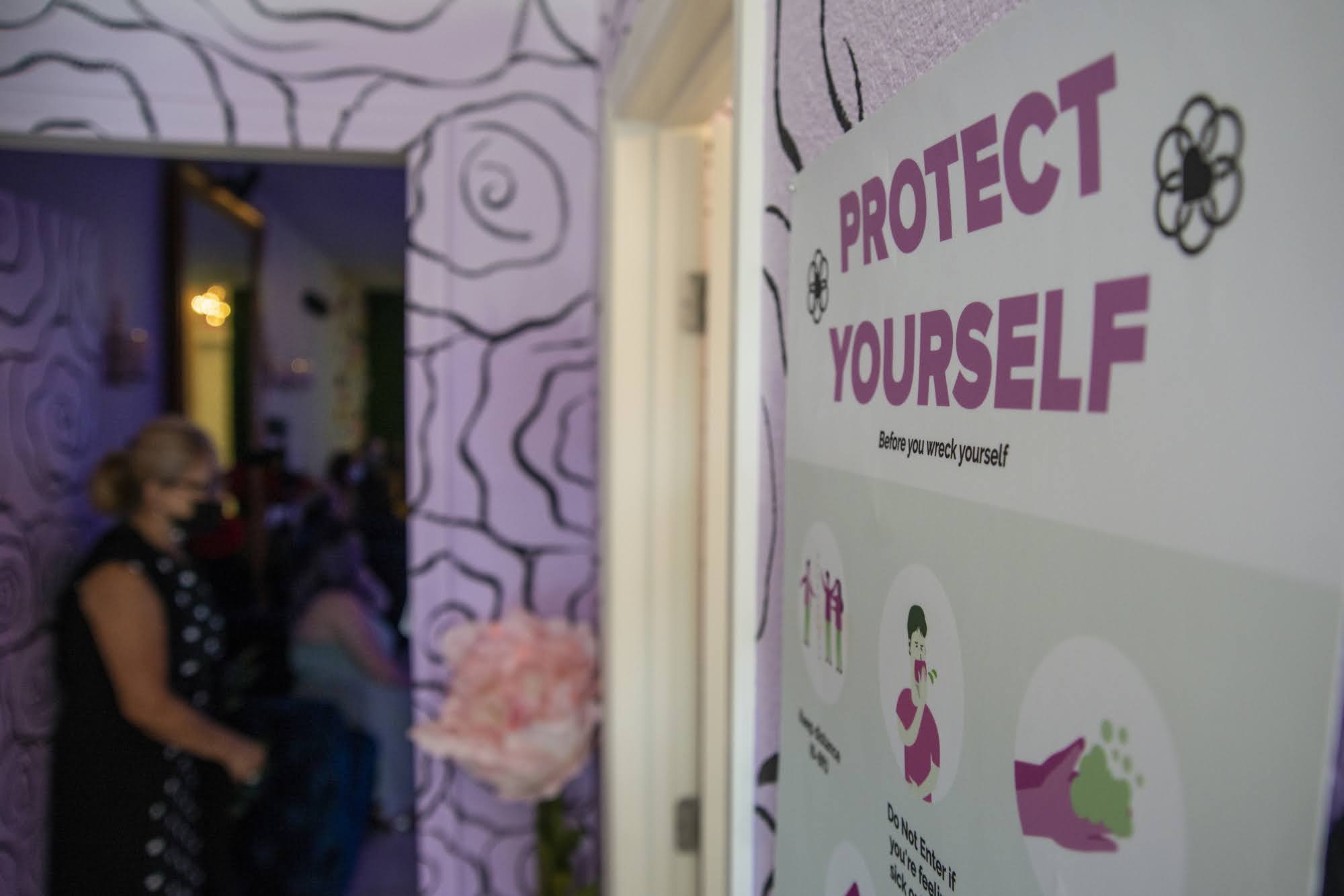 Welcome to the 59th installment of “Coronavirus Contextualized.”

Below, we take a look at how hospitals in the northern and rural portions of the state continue to be hit hard by COVID-19 as medical staffing challenges facing the nation challenge the state.

Statewide case numbers continue to fluctuate, though they remain high.

As of Thursday, 1,198 new cases were reported on average each day over the previous seven days, just slightly less than the seven-day average of 1,226 it saw on Monday, the new high point of the current COVID-19 wave. That peak has now exceeded the highest point of last summer’s wave, 1,176, which the state hit on July 20, 2020, but is still a little less than half of the fall and winter wave case record, 2,736 on Dec. 10, 2020.

In Clark County, which was hit early and hard by the latest wave of the virus, cases had been steadily decreasing for a couple of weeks but started to increase again this week, hitting a seven-day average of 632 on Thursday, up from a recent low point of 539 a week ago. The high point of the current wave, which the state hit on Aug. 1, was 917. That peak is below both the high point of the 2020 summer wave — 1,072 on July 20, 2020 — and the fall and winter wave, when Clark County hit its highest seven-day case average ever of 2,092 on Jan. 12.

Washoe County, which was hit later by the current wave of the virus, has experienced some fluctuations in case numbers recently, though numbers remain high, setting a new high point of the current wave, 304, on Wednesday before dropping slightly to 292 on Thursday. (That high point excludes an outlier on Monday created by reporting delays because of the Labor Day weekend.) The numbers continue to be significantly higher than the peak of last summer’s small wave, 98 on July 30, 2020, but less than half of the county’s record high point of 532 on Nov. 27 during the fall and winter wave.

Adjusted for population size, Washoe County’s case rate remains more than double Clark County’s. As of Thursday, Clark County was seeing 28 cases reported per 100,000 residents each day over the previous seven days, compared to 62 in Washoe County. The case rate in the other 15 counties, meanwhile, was even higher at 80.

According to the Nevada State Public Health Lab’s weekly lineage report, the Delta variant was responsible for 97.2 percent of sequenced COVID-19 cases over the last 14 days.

Since the beginning of the pandemic, there have been 408,733 COVID-19 cases confirmed statewide, meaning 1 in 8 Nevadans has tested positive for the virus. More than 8 percent of those cases, 35,084, have been diagnosed in the last month, and more than 2 percent, or 8,384 cases, have been reported in the last week.

The statewide test positivity rate, which looks at the percentage of tests coming back positive out of the total tested, continues to fluctuate following a couple weeks of steady decreases.

It is not possible to independently calculate the test positivity rate based on test encounters because the state only publicly reports the number of positive cases, not the number of positive test encounters. However, the state does provide this number, calculated as an average over a 14-day period with a seven-day lag. As of Tuesday, that number was 11.4 percent, down from a recent high of 16.4 percent on Aug. 13 but even with last week’s rate.

Since the beginning of the pandemic, more than 1.9 million people — 63 percent of Nevadans — have been tested for COVID-19, and there have been more than 4.2 million individual testing encounters.

The pace of vaccine distribution in Nevada continues to fluctuate, though it remains slightly below where it was a couple of weeks ago.

As of Wednesday, about 6,800 vaccines were reported administered each day over the last seven days, up from 6,100 last week but down from 7,900 the week before that.

Some of the shots this week were administered outside of Allegiant Stadium before the Las Vegas Raiders’ home opener on Monday. Vaccination was required as a condition of attendance, with fully vaccinated fans allowed to remove their masks and partially vaccinated fans required to keep them on.

Candice McDaniel, deputy director of programs for the Department of Health and Human Services, said on a press call on Thursday that nearly 300 COVID-19 vaccines were administered on site on Monday. The Raiders reported that roughly 6,000 fans initiated the vaccination process because of their requirement, which was put in place following an announcement from Gov. Steve Sisolak last month.

“This is an incredible example of how Nevada is leading the way to help make large events safer,” McDaniel said.

Among the counties, Carson City continues to have the highest percentage of residents fully vaccinated against COVID-19 at 56.5 percent, followed by Washoe County at 53.4 percent, Douglas County at 48.8 percent and Clark County at 45 percent. Tiny Storey County has still vaccinated the least, with only 16.9 percent of its residents partially or fully vaccinated.

Nationally, Nevada ranks 30th among the 50 states for percentage of its population fully vaccinated, at 49.5 percent, behind all of its neighbors except Utah and Idaho, at 33rd and 48th, respectively.

In Washoe County, there have been 2,374 breakthrough cases as of Thursday, representing 0.93 percent of fully vaccinated people in the county.

The number of new COVID-19 deaths reported on average each day continues to fluctuate, though it remains high.

As of Thursday, 20 COVID-19 deaths were being reported on average each day over the prior seven days, up from 17 last week but less than the high point of the current wave, 25, which the state hit on Aug. 30. Last summer’s surge peaked at an average of 21 daily deaths, while the fall and winter surge peaked at 45 daily deaths.

Over the last seven days, 140 new COVID-19 deaths have been reported across the state — up from 116 last week — including:

The number of people hospitalized with COVID-19 statewide has been generally decreasing, though that trend belies the sharp increase in hospitalizations Washoe County and rural parts of the state have been seeing and the staffing challenges being experienced statewide.

The Nevada Hospital Association, in a rare press release this week, urged Nevadans to help hospitals and health care workers by getting vaccinated, wearing masks and avoiding hospital emergency rooms except in cases of true emergencies.

“Our state is experiencing above average hospitalizations, especially in northern Nevada and our rural communities,” the hospital association said. “COVID-19 has once again taken hold of Nevada, and we also continue to see patients this time of year for other illnesses.”

The hospital association, in its weekly report, also highlighted the increasing seriousness of staffing challenges in hospitals across the northern, southern and rural portions of the state.

“Hospitals are short-staffed in many departments, not unlike the rest of the economy, with the nursing shortage becoming a country-wide concern,” the hospital association wrote.

The situation has gotten so bad that multiple Northern Nevada hospitals, including St. Mary’s Regional Medical Center and Northern Nevada Medical Center, sent emails this week looking for medical volunteers, including nurses, respiratory therapists and medical assistants, because of the surge in COVID-19 cases. Neither hospital returned a request for comment from The Nevada Independent on Thursday.

Renown, in a statement on Thursday, said the hospital has no plans to request medical volunteers from the community at this time.

“Renown understands how precious and limited our community medical volunteer pool is in Nevada,” the hospital said. “We have trained hundreds of our own nurse extenders, should additional staff be needed.”

Renown also reiterated pleas from the hospital association to preserve emergency care services for those who need them.

“COVID-19 cases are still high and ED, ICU and hospital bed capacity across Renown and the region continues to be near capacity,” the hospital said.

Fifteen counties are considered by the state to be at elevated risk for the spread of COVID-19 as of Thursday. That’s all except Pershing and White Pine.

As of Tuesday, all Nevada counties were considered at “high” or “substantial” risk of transmission. That means that counties remain subject to universal indoor masking precautions for both vaccinated and unvaccinated individuals.