Coronavirus Contextualized, 65th edition: Cases plateau in Clark, climb again in Washoe with vaccines for kids on the horizon 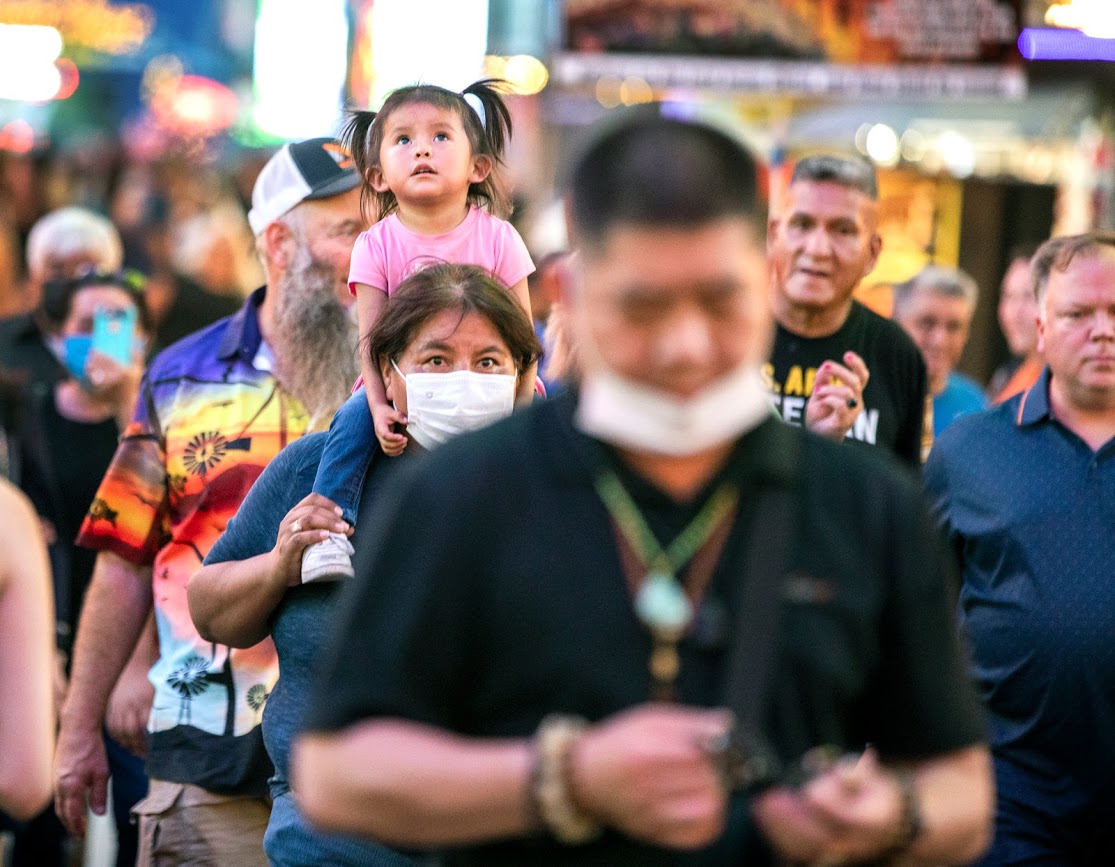 Welcome to the 65th installment of “Coronavirus Contextualized.”

As a programming note, “Coronavirus Contextualized” will be on hiatus for the month of November. It will return on Friday. Dec. 3.

Below, we take a look at the latest inflection point in the pandemic with case numbers appearing to level out in Clark County while starting to climb again in Washoe County.

COVID-19 cases have been fluctuating statewide over the last week, largely the result of a fluctuating case trend in Clark County and an increasing trend in Washoe County.

As of Thursday, 638 new cases were reported on average each day over the previous seven days, up slightly from 622 last week but still significantly down from the highest point of the current wave, 1,226, which the state hit on Sept. 13. Cases have been fluctuating between a low of 622 and a high of 689 over the past seven days.

Clark County, which was hit early and hard by the latest wave of the virus, has also seen some fluctuations in recent days, hitting a seven-day average of 382 on Thursday. That’s slightly up from 363 last week but significantly down from 917 on Aug. 1, the highest point of the current wave.

Cases, however, are up in Washoe County. After hitting a low point of 88 on Oct. 6, the seven-day average was back up to 118 as of Thursday. That’s up from 108 last week, but still significantly less than Washoe’s most recent high point, 304 on Sept. 15.

“Last week I reported that we were seeing COVID-19 cases and transmission plateauing. We had been coming down significantly from the high that we had experienced previously of around 300 new cases per day, but that had flattened out, and now we're actually seeing increases in new cases occurring,” Washoe County District Health Officer Kevin Dick said during a press call this week. “So we've reversed that trend and are moving in the wrong direction.”

Dick urged people to get the COVID-19 vaccine to stem the rising tide of cases and suggested that people get the booster shot if they are eligible for it. He also urged people to exercise caution with upcoming celebrations for Nevada Day, Halloween and Día de los Muertos.

“We're concerned with the potential for gatherings and a repeat of what we saw last year at this time with large gatherings that were occurring and transmission that occurred at those gatherings and spreading of COVID-19,” Dick said. “People need to remember that we are still at high levels of transmission in Washoe County.”

Washoe County’s case rate, which was about equal to Clark County’s two weeks ago, is now significantly higher than Clark’s. As of Thursday, Clark County was seeing 17 cases reported per 100,000 residents each day over the previous seven days, while Washoe County’s case rate was 25. The case rate in the other 15 counties continues to be significantly higher than both urban counties at 40.

Since the beginning of the pandemic, there have been 449,322 COVID-19 cases confirmed statewide, meaning 1 in 7 Nevadans has tested positive for the virus. About 7 percent of those cases, 29,943, have been diagnosed in the last month, and a little less than 1 percent, or 4,467 cases, have been reported in the last week.

While cases plateau or begin to increase in some parts of the state, the statewide test positivity rate, which looks at the percentage of tests coming back positive out of the total tested, continues to decrease.

It is not possible to independently calculate the test positivity rate based on test encounters because the state only publicly reports the number of positive cases, not the number of positive test encounters. However, the state does provide this number, calculated as an average over a 14-day period with a seven-day lag. (It’s worth noting that 14-day lag may be responsible for differing trends between cases and test positivity.)

As of Tuesday, that number was 6.8 percent, down from the 7.3 percent last week and significantly down from 14.9 percent at the peak of the current wave on Aug. 13. Still, the state’s test positivity rate remains above the World Health Organization’s recommended 5 percent threshold.

Since the beginning of the pandemic, nearly 2.2 million people — more than 71 percent of Nevadans — have been tested for COVID-19, and there have been more than 5.2 million individual testing encounters.

The pace of vaccine distribution in Nevada remains fairly level, though it has seen some increases in recent days.

As of Thursday, about 9,000 vaccines were reported administered each day over the last seven days, up from 6,700 reported last week.

An additional 277,000 Nevadans will become eligible for the vaccine if and when the Centers for Disease Control and Prevention signs off on a plan to administer the Pfizer vaccine to 5- to 11-year-olds. That includes about 209,000 5- to 11-year-olds in Clark County and nearly 41,000 in Washoe County.

Karissa Loper, the state's health bureau chief, said on a press call this week that the state has been in contact with many Nevada pediatricians to find out whether they plan to offer the vaccine to kids and is “working to enroll more vaccinators every day.”

Loper said about 95,000 doses of the vaccine will be initially available to the age group and will be “equitably distributed statewide.” That means that about a third of kids in that age group will be able to get the vaccine as soon as it is approved.

“This is an important next step in our efforts to protect our communities from COVID-19,” Loper said.

Nationally, Nevada continues to rank 31st among the 50 states for percentage of its population fully vaccinated, still behind all of its neighbors except Idaho, which ranks 49th.

In Washoe County, there have been 4,412 breakthrough cases as of Thursday, representing 1.65 percent of fully vaccinated people in the county.

The number of new COVID-19 deaths continues to fluctuate, though deaths are slightly up from last week.

Over the last seven days, 118 new COVID-19 deaths have been reported across the state — up from 101 last week — including:

“The hospitals remain quite strained with the staffing levels that they're able to achieve, and with the number of COVID-19 cases that they're caring for, as well as all of the other cases and patients that are in the hospital for other health care needs that we have to be treated in our community,” Dick, Washoe County’s district health officer, said.

Twelve of the state’s 17 counties are flagged as at elevated risk for the spread of COVID-19, according to the state’s dashboard. That’s up from nine last week.

As of Thursday, only Carson City, White Pine, Pershing, Lincoln and Clark were not flagged.

All Nevada counties except Storey are considered to have high case rates. Storey, however, continues to be flagged for low testing rates and a too-high test positivity rate.

For perspective, Clark County’s case rate was 110 as of Wednesday, according to the CDC, meaning it remains more than double what it would need to be in order for the mask mandate to go away. Even then, the county’s mask mandate must remain low for two weeks in a row before it can be lifted and could be reimposed should cases climb again.

In Washoe County, the case rate stands at 148 as of Wednesday, meaning that it is nearly triple what it would need to be for its mask mandate to be removed.