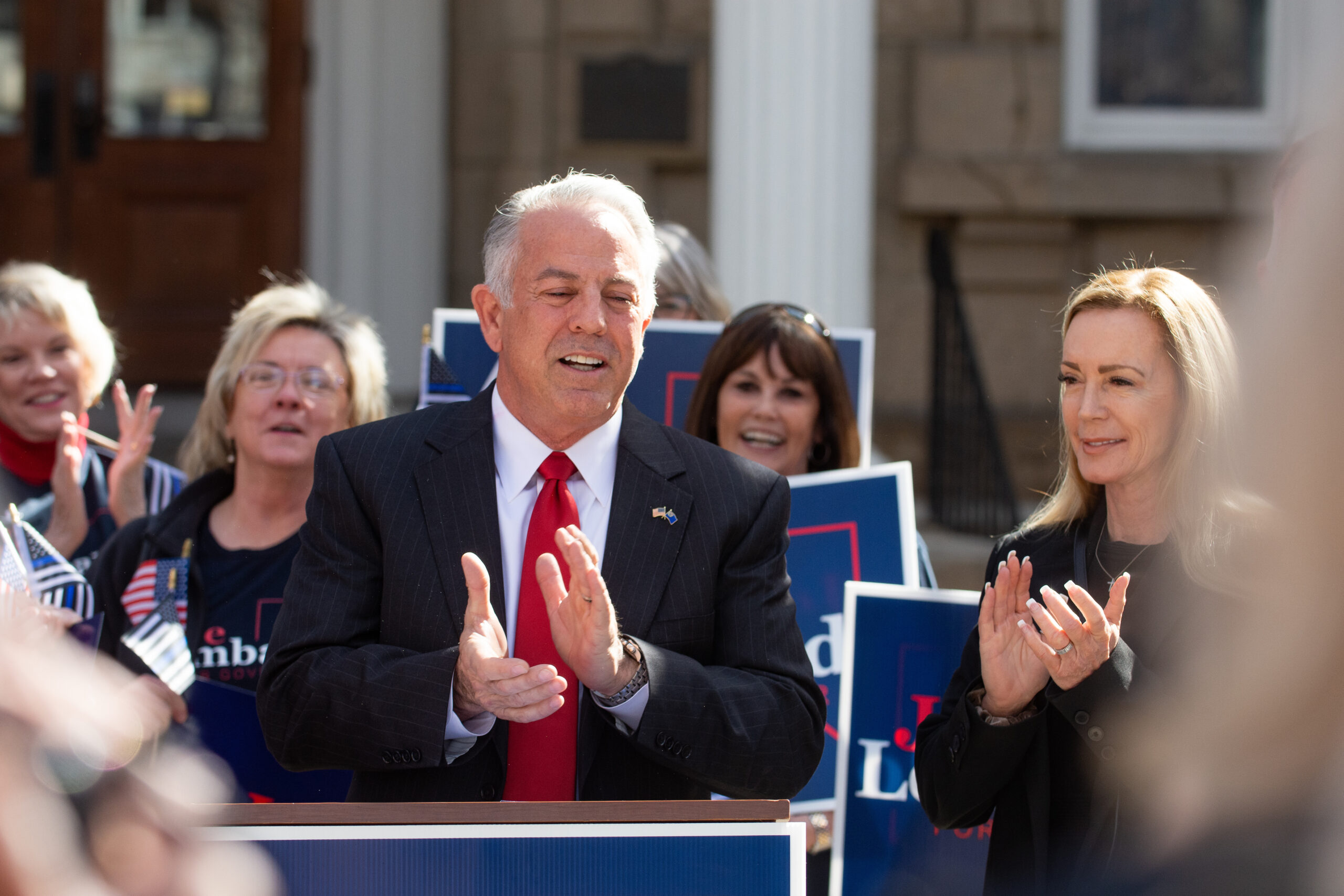 But over the past several months, ads boosting Lombardo and attacking his GOP primary rivals have been broadcast on television airways across the state.

The difference? Those earlier ads were produced and paid for by Better Nevada, a political action committee set up last year to boost Lombardo’s candidacy in part by taking advantage of loose state campaign finance laws that allow for unlimited donations and spending by PACs.

While individual candidates are subject to a $10,000 contribution limit per cycle ($5,000 each for the primary and general), political action committees in Nevada are allowed to raise and spend unlimited amounts — similar to how super PACs on the federal level operate.

That dynamic means that Better Nevada has been able to raise more than $3.6 million and spend $2.8 million on television ads  — more than any Republican candidate for governor — and from only three donors.

Better Nevada is not alone. Heading into 2022, Gov. Steve Sisolak and at least five of his 15 Republican opponents have affiliated or supportive political action committees, with many focused on outside political activity or running television or online advertisements.

It’s likely that many of those PACs will end up raising (and spending) millions of dollars on the campaign. In 2018, roughly two dozen PACs registered in Nevada reported spending nearly $34 million on the midterm election, with the bulk focused on the governor’s race between Sisolak and Republican Adam Laxalt, who raised $11 million and $8 million in their respective campaigns.

And unlike federal groups required to report any major independent expenditures they make in support or opposition of a candidate within a 24- or 48-hour period, no such immediate requirement is placed on state-level PACs. Instead, they’re required to report all spending and funds raised on the same quarterly schedule as individual candidates — meaning March’s fundraising deadline is the last public look at how much these groups raised and spent before the June 14 primary election.

Beyond gubernatorial PACs, others funded by industry groups and unions reloaded ahead of the June primary election, including a handful supporting a variety of ballot questions, from breaking up the Clark County School District to overhauling the state’s election system.

Here’s a look at some of the major state-level PAC fundraising seen in the first quarter of 2022.

This PAC, which was registered in August, has largely focused on running a pro-Lombardo television ad campaign and as of mid-April had spent more than $2.8 million — outspending the rest of the Republican field, according to an analysis of television ad reservations shared with The Nevada Independent.

Over the last nine months, the PAC has reported raising $3.6 million from just three sources, including $2.5 million in transfers from Stronger Nevada PAC. That PAC, led by former Lt. Gov. Mark Hutchison (an early backer of Lombardo), spent nearly $2 million ahead of the 2020 election on a targeted suite of television, digital and mail advertising focused on an open Nevada Supreme Court seat and a handful of swing legislative races.

Stronger Nevada has taken contributions from a much broader range of sources, including $100,000 each from social media influencer Dan Bilzerian and a little-known Wyoming-based company called “Goldhaus, LLC” that was registered a month before making the donation.

Few details are available about Goldhaus — its listed address and registered agent are both linked to a law firm that processes corporate filings in the state. One possible breadcrumb comes from a donation to Nevada Republican congressional candidate Sam Peters, who received a maximum donation from someone named William Richardson who listed his occupation as owner of Goldhaus LLC (but with a listed address in Toluca Lake, California).

But the biggest donor to Stronger Nevada ($2 million in 2021) is Sedona Magnet LLC, a company registered in November 2020 that lists prominent Las Vegas businessman Robert T. Bigelow as its sole officer. Bigelow is the owner of extended-stay apartment chain Budget Suites of America and has been a vocal opponent of eviction moratoriums created during the COVID-19 pandemic.

The other top donor is American Exceptionalism Institute, a so-called dark money 501(c)(4) nonprofit advocacy and social welfare organization that is not required to reveal its donors. The group, which contributed a combined $985,000 to Stronger Nevada PAC in 2020, has been closely tracked by nonprofit watchdog Citizens for Responsibility and Ethics in Washington (CREW) for taking advantage of nonprofit tax rules to contribute millions of dollars to super PACs and other political organizations despite donor secrecy.

American Exceptionalism Institute also made a direct $1 million contribution to Better Nevada PAC (the one running the pro-Lombardo ads) in February — bringing the group’s total contributions to just over $2 million to the two PACs.

The third donor to Better Nevada PAC is another “dark money” 501(c)(4) nonprofit called A Public Voice Inc., which contributed $100,000 to the PAC in January. The same group made a $95,000 contribution to Stronger Nevada PAC in November.

A Public Voice Inc. was initially set up a decade ago to oppose an Ohio redistricting proposal, but has morphed into what CREW calls a “dark money network” that has injected at least $36.6 million into elections nationwide since 2011. That network, which includes American Exceptionalism Institute, shares common registered agents and tax preparers, and has been linked to the same group of Ohio-based Republican political operatives.

This PAC, which was set up by Sisolak’s campaign apparatus shortly after he won election in 2018, reported raising $85,000 in the first quarter. Since it was registered at the start of Sisolak’s tenure in the governor’s office, the PAC has reported raising $3.6 million and spending $1.5 million.

The biggest contributor this quarter was Poet LLC, a biofuels producer based in South Dakota that reported making a $50,000 donation. In June, the company publicly applauded Sisolak and state lawmakers for signing a bill allowing for the sale of a renewable fuel blend produced by the company. The company also made a combined maximum $10,000 contribution to Sisolak’s campaign account in two donations in 2020 and 2021.

Home Means Nevada also raised $15,000 from Ledger8760, a carbon management platform that recently launched a carbon emission tracking portal with the city of Reno (it also made a maximum $10,000 contribution to Sisolak last year). The PAC also received $10,000 from NV Energy, and $5,000 each from Scientific Games (a gaming equipment manufacturer) and Summerlin Master-Planned Community.

Although this PAC affiliated with former U.S. Sen. Dean Heller (R-NV) did not report raising or spending any funds in the first quarter, it’s still sitting on about $150,000 that the former senator transferred over from his federal leadership PAC, HellerHighWater, last year.

This PAC, which has come under fire for racist text messages attacking Lombardo, didn’t report raising any money in the first quarter but spent nearly $30,000 on consultants and advertising.

Since the PAC was registered last September, it has reported raising $50,000 all from one source — Channell Commercial Corporation, an outdoor infrastructure equipment manufacturer based in Rockwell, Texas. The company — which also contributed $5,000 directly to Lee in May 2021 — recently moved its facility from Temecula, California, to North Las Vegas.

In the first quarter, this PAC supporting Gilbert reported raising nearly $52,000, almost all from a $50,000 contribution from Mary Joseph Debord. She and her husband, Curtis Debord, each reported contributing $5,000 to Gilbert in January.

Curtis DeBord is the CEO of U.S. Ordnance, a weapons manufacturer based at the Tahoe Reno Industrial Center.

The PAC reported spending $4,700 at a consulting firm in the first quarter, and filed Federal Communications Commissions forms for television ads in Las Vegas on April 22.

Gilbert is also supported by The People’s Champ PAC, which didn’t file a first quarter report. That PAC reported transferring $8,700 to Nevada Homestead PAC in December.

This PAC reported raising $50,000 all from Nicholas Maier, who is listed as campaign manager for Fred Simon on LinkedIn.

The PAC recently hosted the 2022 Las Vegas COVID Summit, which included presentations from COVID conspiracy theorists with titles such as “The Chinese Communist Party plan for COVID as a bioweapon” and “The links between the Wuhan Lab, Dr. Fauci, and Peter Daszak.”

The Clark County Education Association, the largest teachers union in the state, made an eye-catching $3 million contribution to its Strategic Horizons PAC, which was set up in mid-2020.

Strategic Horizons contributed $250,000 to the group backing the open primary, ranked-choice voting ballot initiative, making CCEA one of the effort’s largest Nevada-based contributors. The ballot initiative is contracting with Advanced Micro Targeting, a prominent signature-collection and campaign firm that worked with CCEA on their past initiative petitions.

CCEA also directly contributed $100,000 to Nevada Strong PAC, which is led by Assemblyman Steve Yeager (D-Las Vegas). That PAC reported raising $215,800 in the first quarter, including $100,000 from CCEA and $50,000 from the campaign account of Assembly Speaker Jason Frierson, who is leaving the Legislature after being confirmed as Nevada’s U.S. attorney.

Make Nevada Work, a PAC registered to Southern Nevada Building Trades Union, raised more than $180,000 through the fundraising period, with the bulk of donations coming from unions. The PAC also received $25,000 each from Southwest Gas and Citizens for Justice (a trade organization for trial attorneys.)

Both PACs were set up in early 2020 by the state REALTORS association as a way to support and recruit candidates friendly to the industry.

Additionally, the Advocates for Quality of Life PAC reported raising $75,000, all from the Board of REALTORS Political Action Committee. The PAC has been active since 2008 and is registered with the Las Vegas REALTORS®.

The HCA Nevada Good Government Fund also reported raising $291,000 in the first quarter, all from a division of HCA Healthcare — the for-profit health care facility operator that has four locations in Las Vegas, including Sunrise Hospital.

Backers of a proposed ballot question aiming to establish open primaries and a ranked-choice general election made the biggest splash on the fundraising deadline, raising a sizable $2 million in the year's first three months.

Supporters of other PACs aiming to get a variety of ballot questions qualified in 2022 posted more modest fundraising totals.

The Community Schools Initiative, the effort led by Henderson City Councilman Dan Stewart that aims to break up the Clark County School District, reported raising $68,000 in the quarter, including a $25,000 donation from Stewart’s campaign account. Other backers include $20,000 from Lex Tecnica Ltd., a law firm founded by Sam Castor, a former executive of data center company Switch, and $18,000 from America’s BankCard Alliance president Daniel Brasov.

Education Freedom reported spending $50,000 at the law firm of McDonald Carano Wilson in the first quarter. Both initiatives were challenged in court by a pro-public education group, and both were blocked in district court. Voucher backers plan to appeal the rulings to the Nevada Supreme Court.

Repair the Vote, a GOP-backed PAC supporting measures that would require a form of identification to vote and another repealing the universal mail-in voting law passed by state lawmakers last year, reported raising a little more than $6,600 in the first quarter. In April, a district court judge unleashed what appeared to be fatal blows against the initiatives, striking one down and forcing the other to restart signature collection with only a few weeks left before the deadline.