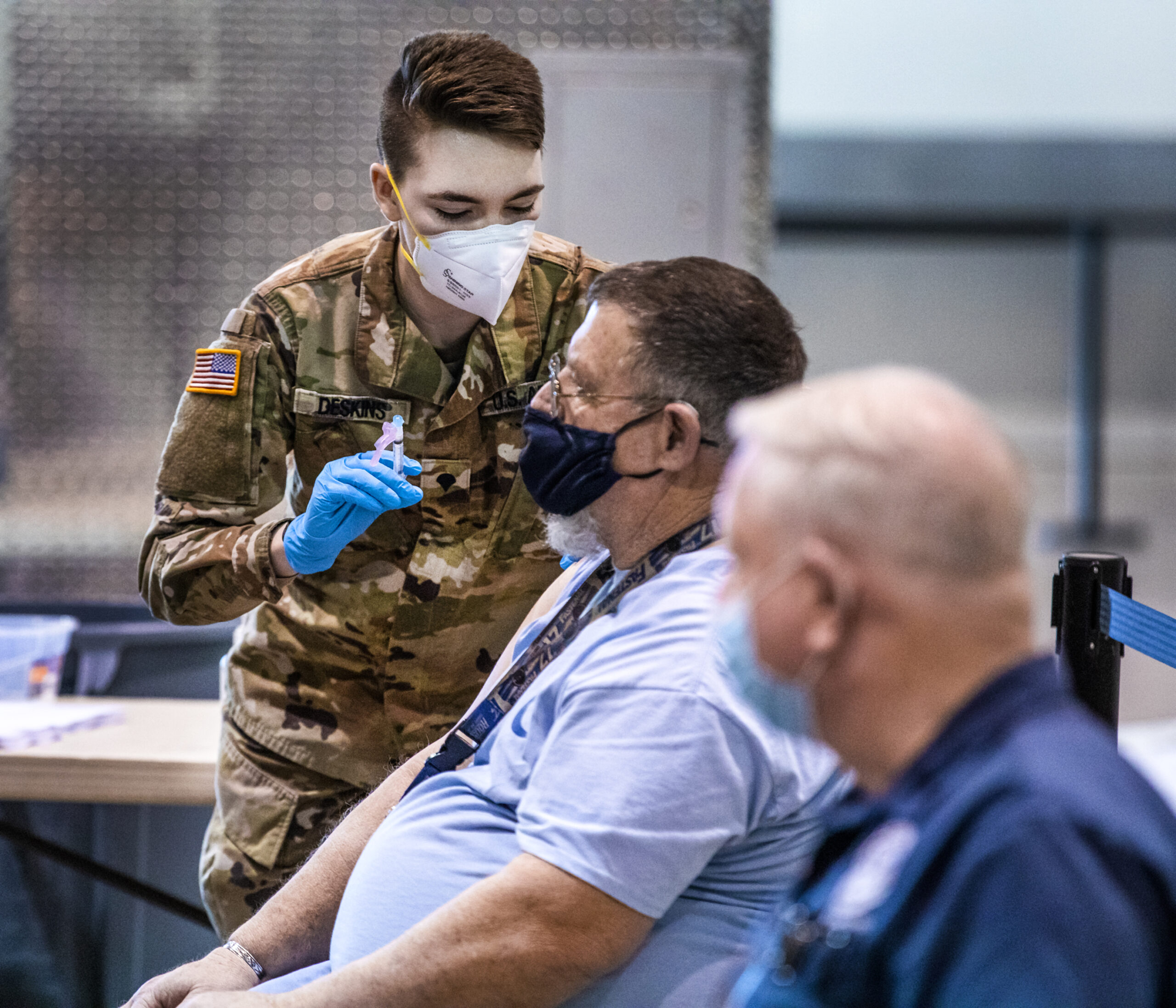 The Nevada National Guard’s mission to support the state’s COVID response is coming to a close on April 1, exactly two years after it began.

Since the peak of activation in April 2020, the Nevada Guard has gradually lowered total personnel conducting COVID-19 operations to prepare local jurisdictions for an eventual handoff on their ongoing testing, vaccination and contact tracing efforts.

At its apex, 1,139 members of the Nevada Guard were called upon to assist the state, the largest domestic emergency response in its history. It was also the lengthiest state activation in history since World War II, with members of the Guard remaining on orders for more than 700 days.

“The Nevada Guard has never been busier or more visible than has been the past two years,” said Emerson Marcus, state public affairs officer at the Nevada National Guard during the Nevada Health Response’s COVID-19 update call on Thursday.

The Nevada Guard’s wind down is the latest sign in the state’s gradual easing of COVID-related precautions and policies. The state recently moved from daily to weekly COVID data reporting and Gov. Steve Sisolak lifted the state’s mask mandate last month.

Marcus said the Nevada Guard personnel supported a large number of test and vaccination locations other than direct administration, primarily with traffic control and administrative paperwork at 85 sites, including 62 mobile sites in urban, rural and tribal locations around the state.

“The Nevada Guard has never been busier or more visible than (it) has been the past two years,” Marcus said.

Colonel Brett Compston, director of Joint and Domestic Operations at the Nevada National Guard, said that in case of another COVID surge or wave, a reactivation could happen with “simply an order and some funding.”

A week after the military order was given, an additional 700 Nevada Guard members were called. The majority worked in Las Vegas, where many of the state’s confirmed COVID-19 cases and deaths occurred.

Across the nation, more than 31,600 Guard members were activated to help with the COVID-19 response. According to a report from the Federal Emergency Management Agency, more than $2.5 billion federal dollars were spent on the deployment.

While Compston said he hopes increased medical capacity in the future would lessen the need to rely on Guard deployments, he recognized it would not be realistic in the short term as the state is experiencing a shortage of medical professionals. He said he does not wish to exacerbate the problem by displacing civilians from their primary jobs.

“The Guard members are citizen soldiers and they are your doctors, police officers, construction workers and truck drivers,” Compston said. “They have regular Monday-to-Friday jobs and they do this in a part-time capacity on the weekends.”

Marcus said everyone who served as part of the Nevada National Guard has provided a “shining example and a path through these turbulent two years.”

“This is probably the greatest crisis we have faced in the last 100 years,” Compston said. “And every Guard member that was asked to step up, did step up. I think that’s what we really learned — selfless service and support for your community.”