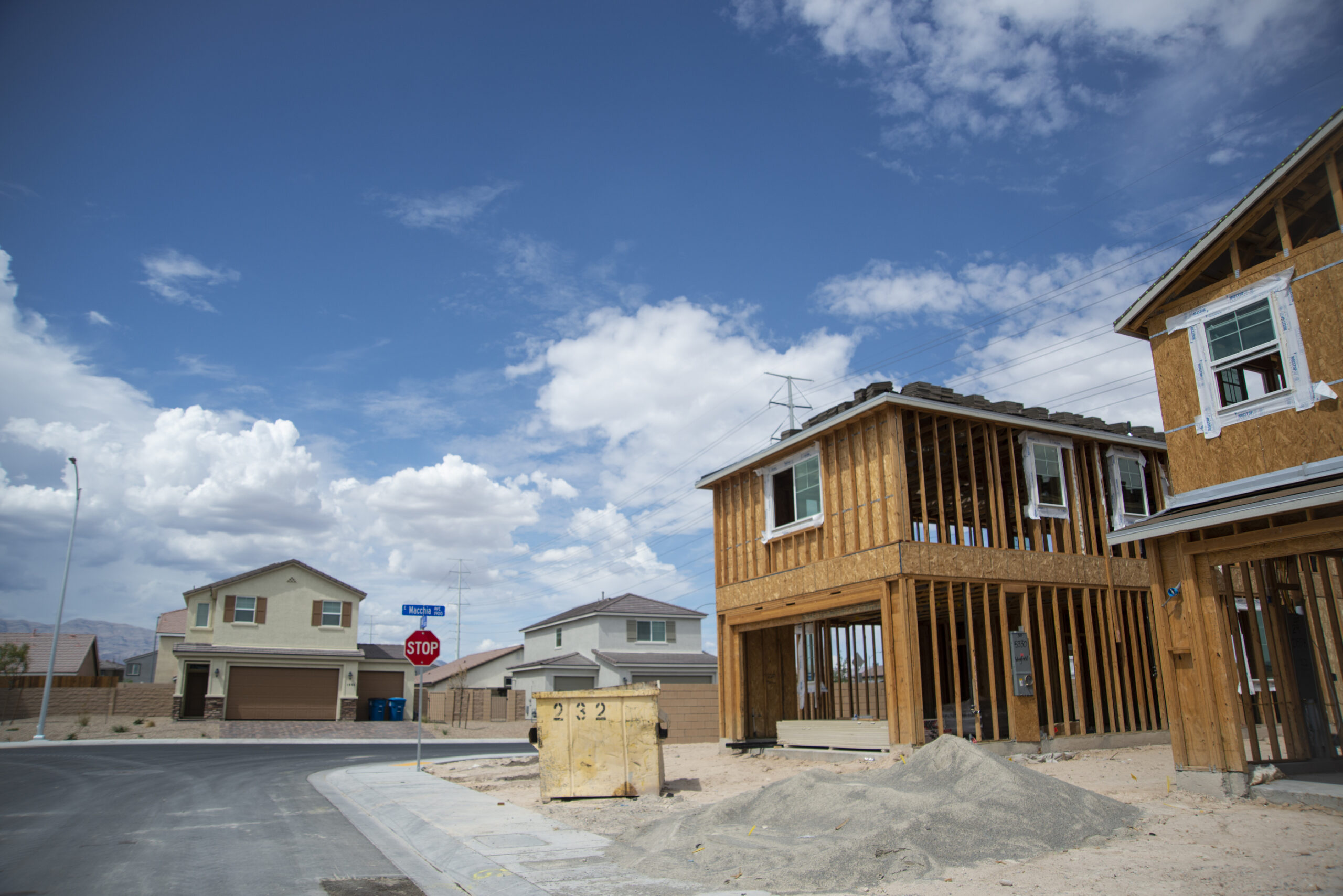 Welcome to the eighth installment of “Road to Recovery,” a recurring feature that provides semi-regular updates on Nevada economic news and data.

Inflation was top of mind for economists and housing experts on Wednesday, as they shared their predictions for the future of the national and Southern Nevada economy at an event hosted by the UNLV Center for Business and Economic Research (CBER).

Though speakers’ economic outlooks varied slightly — some expressed concerns that 2023 will bring a mild recession, while others were hopeful that recent economic momentum will overpower surging prices — each focused their remarks on the national inflation rate, which sits at a 40-year high.

Below, we take a look at the experts’ thoughts on how the Federal Reserve will bring down inflation, how high prices are affecting the job and housing markets and what inflation means for the future of Southern Nevada’s economy.

A dual mandate: jobs and prices

Mary Daly, president and CEO of the Federal Reserve Bank of San Francisco, described the national economy as a mix of positives and negatives, pointing to a robust job market and strong household and business balance sheets that are coexisting with rising costs of food, housing and gas.

Balancing those two sides of the economy — jobs and prices — is the “dual mandate” of the Federal Reserve (Fed), which aims to ensure maximum employment and low and stable inflation.

A combination of extreme world events has thrown that balance out of order. With the COVID-19 pandemic came massive job losses, including record-high unemployment in Nevada. But as the nation’s economy recovered and the unemployment rate declined — in part because of federal stimulus money that infused billions of dollars into the economy — demand for goods skyrocketed, and supply has not been able to keep up.

The economy continues to suffer from rising prices as prolonged effects from the pandemic and now the war in Ukraine contribute to global supply chain issues. In March, the annual inflation rate, which measures the rate at which prices of common goods and services are rising, hit 8.5 percent, a 40-year high.

High unemployment remains an issue in Nevada, which has the country’s second-worst headline unemployment rate (5 percent in March). But that rate continues to decline steadily, and national employment has almost fully recovered.

Meanwhile, economists at the Fed have turned their focus to inflation, a key issue for voters in Nevada and across the country.

“What I'm busy thinking about are three things: inflation, inflation and inflation,” Daly said. “This is a regressive tax which burdens those who are least able to manage it. It also makes businesses uncertain about how to plan for their future, and it makes consumers — even if they're getting wage growth and wage rates increases — not certain that they're going to be able to make ends meet down the road.”

The Fed is already taking action to address rising prices. In March, the group approved the first federal funds interest rate hike since 2018, raising the rate from 0 percent to a range between 0.25 percent and 0.5 percent. Rates were initially slashed during the pandemic to help the ailing economy, but the increase — which makes consumer borrowing and credit costlier — is meant to bring down inflation by bringing down demand.

Still, Daly cautioned that the Fed must slowly increase interest rates to avoid a repeat of the “stagflation” of the 1970s and ‘80s, when the agency rapidly raised interest rates to combat a sustained period of high inflation, which ultimately resulted in a deep economic recession.

“If we ease on the brakes by methodically removing accommodation and regularly assessing how much more is needed, we have a good chance of transitioning smoothly,” Daly said of gradually increasing rates.

Aside from changes in monetary policy, Daly suggested that consumers should spend more money in the service economy and “stop shopping on Amazon at home,” because a balance between spending on goods and services would help bring inflation down by better allowing supply to keep up with demand.

Even as economic policy makers at the Fed remain mindful of high inflation’s effect on consumers, other speakers cautioned that an economic downturn — or at least, significantly slowed economic growth — is on the horizon.

Douglas Duncan, chief economist at Fannie Mae, a government-sponsored mortgage loan company, pointed to economic forecasts that predict a moderate recession in the second half of 2023. Duncan expressed concerns about how inflation has eroded personal income, even in the midst of rising wages, and pointed to past data that shows how Fed interest rate increases usually come before economic downturns.

He also said he sees unemployment trending upward next year, but described those predicted future economic conditions as “a pretty mild recession.”

Myriad factors are contributing to declining affordability in the housing market, Duncan said, as with rising mortgage rates, increasing home prices and limited supply are all making home-buying more difficult.

After the Fed raised interest rates, mortgage rates have surged this year, jumping to 5 percent from closer to 3 percent at the start of the year. At the same time, housing prices continue to rise across Nevada. In Las Vegas, median home sale prices have risen about $150,000 since the beginning of the pandemic, most recently climbing to $460,000.

“As those interest rates are rising, and house prices are still appreciating, it just puts more squeeze on affordability,” Duncan said.

Despite those issues, Duncan said he expects there could be some inflation-adjusted price declines by the end of next year, which would “readjust that relationship between the sales price of the median single-family house and median household incomes.”

Still, home sales could slow more in the near future, especially as buyers await the completion of construction. This year, the supply of existing single-family homes hit a record low.

Economic experts with CBER, the UNLV economic research center, also provided updated forecasts for the Southern Nevada economy, predicting a strong outlook in 2022 and a dampened economic performance in 2023.

CBER Research Director Stephen Miller predicts that job growth will continue in Southern Nevada, but he expects the improving unemployment rate will occur in a reshaped job market.

“The structure of that employment is changing,” Miller said. “So you have more people going into retail and wholesale trade, and leisure and hospitality is still lagging a bit.”

CBER’s forecast also predicts that after continued growth in 2022, there will be slight declines the following year in hotel occupancy rates, gaming revenue and visitor volume.

“We're still going sideways,” Miller said. “I know you see that gaming revenues are record. It's over a billion, but it's not going up. It's going sideways. Every month, it’s the same number. If you want growth, you need that number to go up.”

Business owners surveyed by CBER also expressed some skepticism about the recovery. In the group’s quarterly Southern Nevada Business Confidence Index, 60 percent of respondents said they expect to be fully recovered from the pandemic-related recession by 2024 or later — a more pessimistic view than in the previous quarterly survey, in which a majority of respondents said 2023.

With those concerns in mind, Miller noted that a variety of global problems still exist that will affect economic policy moving forward.

“The level of uncertainties does allow for a recession in the conversation,” he said. “We do have problems … the war, higher energy prices, the virus. You know, those are things that macro policy, monetary policy, fiscal policy can't really solve or directly affect.”

You can find the latest data on our “Nevada Recovery Dashboard” data page and on Twitter. (Follow Tabitha Mueller for updates on housing data and Howard Stutz for updates on gaming and tourism numbers). Also, feel free to reach out to [email protected] with any questions.