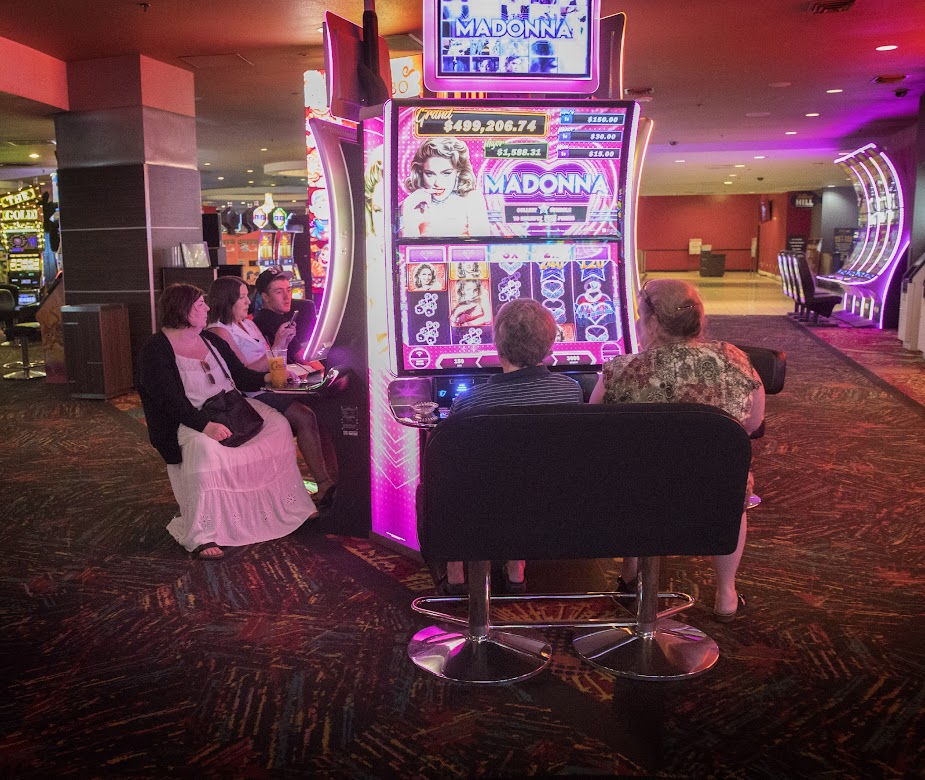 Gaming revenue collected during May saw record-breaking totals for casinos in Clark County, the Strip and downtown Las Vegas, while fueling the state to its 15th straight month of $1 billion or more in gambling winnings.

The figure was the highest ever in the state for the month of May and the fourth-highest single-month gaming revenue total of all time.

As for the rest of Nevada, the May calendar had one less weekend day than a year ago, likely contributing to lower reported monthly revenues than the regions reported in 2021.

Strip casinos, despite also facing the challenging calendar, reported $731.5 million in gaming revenue — the market’s highest-ever total for May. The figure was 11.6 percent higher than the $655.4 million collected in May 2021.

He said special events, including the Canelo Alvarez-Dmitry Bivol championship boxing match, the Electric Daisy Carnival and a high-profile concert by the Eagles drove large crowds to the Strip.

“The Strip faced a very difficult comparison versus the growth rate for May 2021,” Lawton said.  “Moving forward, the Las Vegas Strip will be facing stiff comparisons for the remainder of the calendar year.”

Downtown Las Vegas was the only market in Southern Nevada other than the Strip which saw a year-over-year gaming revenue increase. Casinos downtown collected $78.8 million in gaming revenue, an increase of 5.3 percent, and the figure marked the area’s highest total ever for the month of May.

Clark County as a whole collected $1.13 billion in gaming revenue, its largest total ever for May and the market’s fourth-highest total of all time. The figure accounted for almost 87 percent of the state’s total.

Lawton said that with exception of North Las Vegas and Laughlin, all Clark County markets were seeing large double-digit growth comparisons when looking at May 2021 versus May 2019 numbers.

The analysis of one fewer weekend day during May also helped explain a down month by Northern Nevada casinos.

“Demand in the Las Vegas locals market saw deceleration month over month, more than anticipated,” Greff wrote, suggesting the decrease came from the customers at the lower end of the market’s consumer demographics.

Las Vegas saw more than 3.4 million visitors in May, but the figure was 7 percent shy of pre-pandemic May 2019.

The Las Vegas Convention and Visitors Authority said Tuesday the 3.4 million total was a 19.8 percent increase from almost 2.9 million visitors a year ago.

The total helped increase room occupancy to 82.6 percent, 11.7 percentage points ahead of May 2021. This year’s total included more than 3,600 rooms that were added in June 2021 with the opening of Resorts World Las Vegas.

Weekend room occupancy during May was 91.9 percent, compared to 87.8 percent occupancy in May 2021.

The average room rate on the Strip was almost $176 during May, 38.7 percent higher than last May when average daily room rates were $126.69.

Nevada’s sportsbooks collected $27 million in revenue, a dip of less than 1 percent compared to May 2021, which Lawton said was driven by customers winning their bets on a higher percentage than a year ago.

Sportsbooks took in $561.6 million in wagers, an increase of 15.4 percent from last May.

Mobile sports wagers continued to dominate the market. Sportsbooks took in $397.6 million on bets placed through mobile apps in May, which accounted for 70.8 percent of wagers.

Las Vegas airport records its third-busiest month in May

Passenger volume at Harry Reid International Airport during May missed the all-time single-month record by fewer than 32,000 flyers, according to figures released this week by the Clark County Department of Aviation.

Passenger volume in May was 30 percent higher than the 3.5 million passengers in May 2021.

International passenger volume topped 240,199 travelers, the airport's largest figure in 26 months. The facility continues to see increased international flights, a market segment that all but disappeared over the last two years during the pandemic.

Year-to-date, international airline passenger volume is at 788,890 travelers, a 515.2 percent increase from the same five months of 2021.